Faceting, we take a piece of trans-parent gem material and cut and polish facets on its surface at definite angles to bring out its hidden beauty and brilliance.

Ovals are considered fancy shapes for faceting.  They take more work to cut than a round. 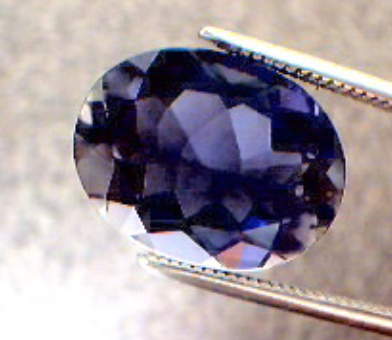 Heart and pear shaped gems are fancy shapes that take even more work than ovals. 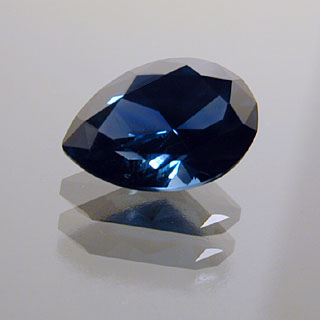 Marquis shapes or navettes are long thin gems with gently curved sides that come to points on the ends. 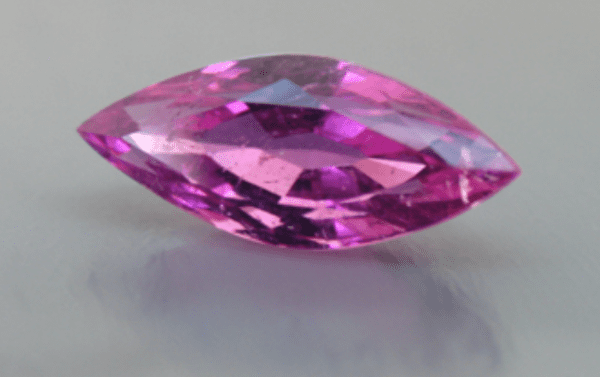 Cushions are almost square or rectangular. Their sides are gently curved, like the cushions of a couch. 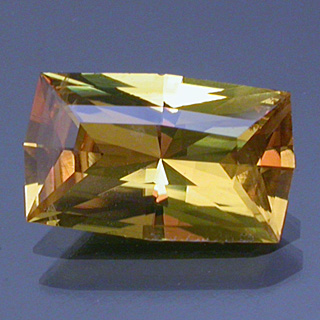 A shield is symmetrical from side to side, but not top to bottom. They come in a variety of proportions with different numbers of sides. 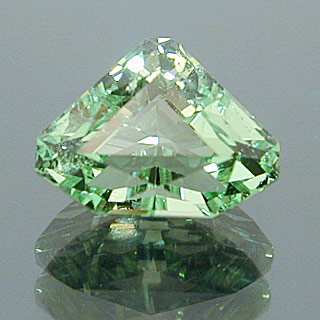 Other fancy shapes include, rhomboids, parallelograms, triangles, hexagons, and octagons. 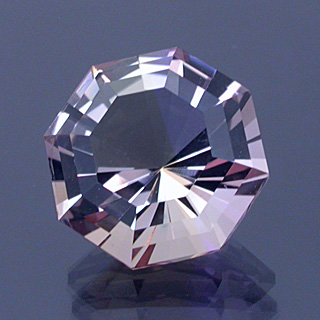 There are two basic styles of faceting: brilliant cuts and step cuts. These styles are often combined. Some cuts combine faceting and cabbing.

Examine the round brilliant diagram below left. It has triangular and kite shaped facets. This style is called a brilliant cut.

A step cut features rectangular shaped facets neatly arranged, one on top of the other. The emerald cut, a cut-cornered rectangle shape shown below right, is the most common example of a step cut.

The Barion cut was developed by South African diamond cutter Basil Watermeyer. Essentially, it places a round brilliant pavilion into a fancy shaped gem. It usually has a step cut crown as well. This usually results in far greater brilliance than other methods. Interestingly, Mr. Watermeyer invented this cut just before the advent of computer ray tracing programs.

The round brilliant pavilion, compared to other pavilion shapes, offers greater light discipline inside the gem. Barion cuts display a fountain of light effect that is quite striking!

There are standard, well-recognized cuts like round brilliants and emerald cuts. Most faceted gems are simply called by their shape. However, there are many variations within each shape. A triangular gem can have many or few facets, much or little brilliance and scintillation, etc.

And then, there are other traditional, but less common, cuts with distinctive names.

The Portuguese cut has several tiers of facets, which create a wonderful display of light. It has more scintillation than almost any other cut. As you can see from the picture, it requires many facets and requires considerable labor. These factors, in addition to the fact that the rough must have greater than normal depth, make this cut something that is used only occasionally. 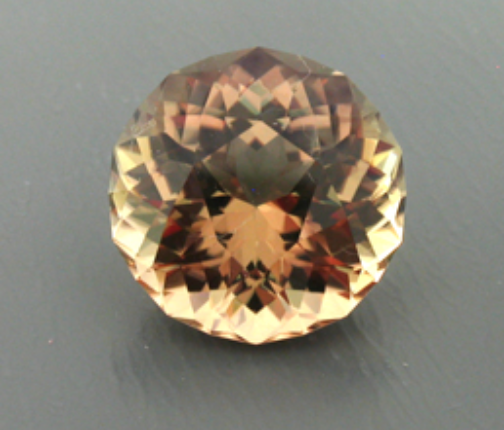 Some cuts have no name at all. Sometimes, simply use a cut that fits a piece of rough, something that just “works.” The red gem below is a good example of this. It’s a simple cut with a radiant pavilion. 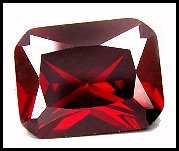 When the GemCad program was released in the 1980s, people were able to test their gem cutting designs on a computer before taking a stone to a lap. This made it easy for people to create new cuts. Today, there are thousands of new designs. Many of these newly named cuts are simply a means to standardize common techniques. For example, someone may “design” the cut used on this red gem and save it with a computer program. They then have an established method for cutting it that can be referenced and used again. What was once a “no name” cut that just worked for one stone can now become a “new name” cut that could work with other stones.

While most newly named cuts are just variations on standard cuts, some are unique. Indeed, there seems to be no end to the imagination of our lapidaries. There’s no limit to shapes or the number and arrangements of facets. Some new cuts are merging a variety of techniques. Below is a Barion cut gem with a parallelogram outline. 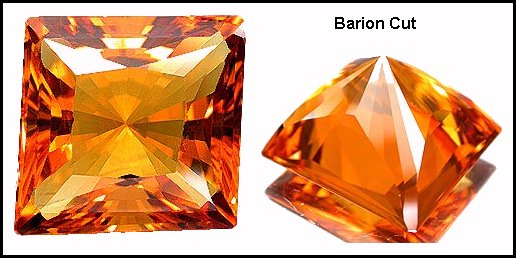 Flat facets are not the only technique available to today’s gem cutters.

A fantasy cut is a popular style of faceting. This technique uses large pavilion facets. Some simple grooves are used, which are mirrored throughout the pavilion. This ametrine is an excellent example of a fantasy cut gem. 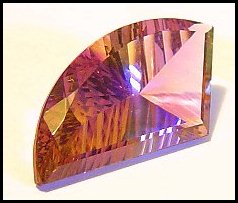 Hand cutting isn’t the only way to make precise, concave facets. There are now faceting machines that can accomplish this. The gems are first cut traditionally with flat facets. Then, they’re transferred to another machine for an additional set of concave facets. However, the extra labor required for this is so considerable that this technique is unlikely to see widespread use. Nevertheless, as you can see from the picture below, the results are nothing short of spectacular. The brilliance and scintillation exceeds anything that can be done with flat facets alone. 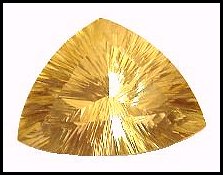 There is no end to what a lapidary can do with gemstones. Keep your eyes open and you’re sure to see cuts that are totally unique.

Gemstone that are shaped.

This is a you tube video that shows you how to cab a gemstone.

Make sure you like the video at the end.